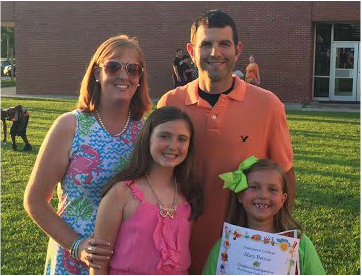 My name is Courtney Baccus.  My husband, Jason, and I have two beautiful daughters, Morgan and Macy.  I am a native of Elizabeth City and currently reside in Perquimans County.  I graduated from Elizabeth City State University in December 2002 with a bachelor's degree in Elementary Education and received my Birth to Kindergarten licensure from University of Pembroke in 2004.  I began teaching in the Edenton-Chowan School system in January 2003. I became a turtle at Perquimans Central School in 2008.  I am excited to watch my students grow and learn new things!